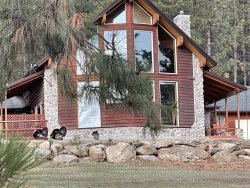 You can walk in the footsteps of Calamity Jane here in the Bitterroot's largest town. Originally the creation of copper magnate, Marcus Daly, today Hamilton is the business center of the valley, and a lively one at that. With the county fair, micro-brew festival and Daly Days along with an emerging local art scene that's generating a high level of downtown energy, there is always something going on.

The Bitterroot Valley is home to several craft breweries and wineries. Craft breweries of various sizes dot the valley from Darby to Stevensville. Many of the beers brewed here have won regional and national awards. Beers can be taken home in growlers and a few of the local beers can be found in stores as well. Some of the breweries such as Bandit, Blacksmith and Bitter Root host live music on certain days of the week.
View Category

Once June arrives in the Bitterroot Valley it`s festival time! It seems like every week there`s another fun community event, festival, farmer`s market or fair. These are the activities that visitors to the area just love, and people get such a kick out of experiencing small town Montana at these gatherings.
View Category

”Fantastic place on the Bitteroot! This is the 2nd time we have rented this cottage and are ready to make reservations to return next year. Perfect location, with the river in your backyard. Wonderful little house, immaculately clean. Would highly recommend !”

“Lovely spot on river. This little cabin was so idyllic, perfect location for us, and wonderful being on the river. Very clean, had everything we needed, would definitely stay again.”

“Nice location. Don’t forget your fishing pole! Cabin has every thing you could ever need. Nice clean cabin end of road. Host very nice. Would love to return.”

“Amazing views and close to town! This property was exactly as described and perfect for our party of 6. The views are incredible and it was stocked with all the supplies needed to prepare Thanksgiving dinner and several other meals. It was sparkling clean, and Amy was wonderful to work with. Simply lovely!”

“Great place to stay. Very clean. Beautiful view of mountains while sitting on the deck. Peaceful and quiet. Would stay there again.”

It was in 1999 that Amy Sage established the Bitterroot Valley's first vacation rental home, with her own SweetSage Guest House. As a stay-at-home-mom with three children, Amy’s business slowly expanded to managing other nearby properties, while allowing her to remain mostly at home with her family.

Jump to a Rental